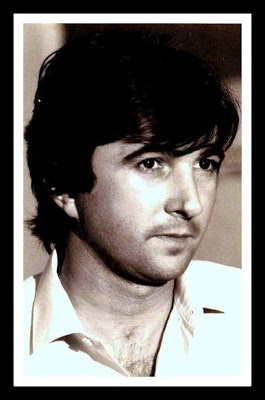 Carlos Giménez (born in Córdoba, Argentina, on April 13, 1946, Aries) is the founder and director of the Caracas International Theater Festival, together with María Teresa Castillo, one of the major drivers of culture in Venezuela, who has not hesitated to support him since 1971, when the first festival was held, and who then hired him as Art Director for the Caracas Athenaeum, an institution she has helped create and of which she is the president. Carlos is also the founder and director of the Rajatabla Group, with which he has traveled around the world, winning hundreds of awards, and which put Venezuelan theater at the center of the global theatrical stage.

Working as a director since he was a teen, in 1965 he participated in the First Nancy Theater Festival with his group El Juglar. He was 19 years old and he achieved something impossible at the time: without any previous performances in Buenos Aires, he gained international exposure directly from Córdoba to Europe. After that, they traveled to Poland, where the group shared the Honorable Mention with East Germany in Warsaw and received the First Prize in Krakow. Back in Argentina he faced the indifference of the capital's theatrical world towards his achievements in Europe. In response, Carlos created in Córdoba the First National Theater Festival, but was excluded from its organization in 1967, when political repression was starting in his country. This event decided him to abandon his home country.

This interview took place in the context of the Pirandello Festival, which is held in every auditorium and every space within the Caracas Athenaeum, and which he is in charge of organizing. According to Carlos Giménez, the “main idea for organizing the Festival comes from the need to connect theater as a social event within the community it is inserted in”—in this case, the significant Italian immigrant population—, to involve private business in cultural activities, to take culture to all social classes, all aspects in which Venezuelan theater has stayed a bit on the sidelines. With this purpose, the Caracas Athenaeum plans to organize annual festivals about other important figures in world theater.

If you had to create a minimal autobiography, what aspects of your life would you choose?

My arrival to Venezuela in November 1969. Because this defines a lot, not only professional aspects in my life, but also personal aspects, that is, what I was going to do with my life and my career.

Then, as this event divided my life in two, going back to my experiences in Argentina, one of the most important moments was my high school graduation in 1964 and my departure to Europe. There I discovered a world that was completely unknown to me and I was dazzled by it, which meant, at least for me, that I was not going to stay locked within the parameters set by the city or the country I was born in. I realized there was a mismatch between what I wanted and what my environment, my habitat, gave me.

During that time, I met Jack Lang, who is the director of the World Theater Festival in Nancy, and now Minister of Culture in France, so that was how in 1964 I came into contact with international festivals, which was going to be really important, because Jack Lang invited us to participate in 1965 in the First World Festival in Nancy. This invitation also extended to the group of people who at that time were in Europe without having constituted the El Juglar group yet - the creation of which is another important moment in my life, even though El Juglar never had neither the influence nor the impact that Rajatabla has had in Latin America. This participation was extremely important if we consider that this group that went to the Nancy World Festival and to festivals in Warsaw and Krakow, Poland, in 1965, was a provincial theatrical group that had not left Córdoba to go to Buenos Aires, but to participate in these really important events.

Moreover, 1965 was the year when all the movements which would have a huge impact in the theatrical world started all at the same time, like Nancy, Grotowski, Eugenio Barba, Jack Lang, Els Joglars from Barcelona and La Comuna from Portugal. In Poland, we presented a play which won one of the awards of the International Theatre Institute (ITI-UNESCO), called “El Otro Judas” (The Other Judas) from Abelardo Castillo, one of the most eminent Argentine intellectuals from that time and director of “El Escarabajo de Oro”. With this play that I directed we won the Honorable Mention together with East Germany in Warsaw and, in Krakow, we received the First Prize.

How important was your success in Europe for your career?

It was crucial. That moment and then the cold reception we had in Argentina when we presented the same play decided me to leave my country.

And did you come directly to Venezuela?

No, I started in 1968 with what would be another fundamental event in my life: a tour by land from Córdoba to Caracas, which took us 3 months. We went to the main mining centers in Bolivia, where we presented our shows. I vividly remember the experience we had in Chorolque, a peak that is 5,000 meters above sea level and has the highest tin mine in the world. There, since there was no electricity, we performed using the miners' lights - that is, surrounded by 40 miners who provided us light with their helmets while we performed a children's play. This tour meant a terrifying discovery of Latin America, not just skin-deep. We came into contact with utter poverty in Latin America. We also performed in fishing centers in Peru, we did a wonderful tour around Peru, we performed in Colombia and in 1968 we arrived at the Manizales Festival. In this festival, we presented a play called “La Querida Familia” (The Dear Family), a baroque anthology by Ionesco, and the jury formed by Ernesto Sábato, Pablo Neruda, Jack Lang, Miguel Ángel Asturias, awarded us the prize. However, we still couldn't get to Venezuela - we only managed to do that after participating in the Second Manizales Theater Festival in 1969, where we met Omar Arrieche, Director of the Barquisimeto Educational Experimental Theater, who got us a visa to enter by land.

On February 28, 1971, when “Tu país está feliz” (Your country is happy) was premiered. At that moment we expressed our desire to form a group with a regular cast, a permanent producer, our own auditorium for the long-term, which would allow us to evolve our aesthetics and have a very unique repertoire based on the needs of the group. All of these expectations were surpassed by the reality of our work. At that time, some important things happened, like the Caracas International Theater Festival.

Was Rajatabla already part of the Athenaeum at that time?

Rajatabla has always been dependent on the Athenaeum in a rather informal way, but with the success we achieved with our performances—“Tu país está feliz”, “Don Mendo” (Mr. Mendo)—and finally after presenting the first show we prepared with the name of Rajatabla, which was “Venezuela tuya” (Your Venezuela) by Luis Britto García, we became the regular cast in the Caracas Athenaeum.

How important is the Caracas International Theater Festival considered in Venezuela?

I personally believe it is of critical importance, because it consolidates a whole perspective and a philosophy regarding theater. However, this is a relatively misunderstood fact in the Venezuelan context, because of the investment it implies. It's true that it would be really beneficial for the country if the government invested that money in other important priorities, such as creating a National Theater School, a National Theater Company, but we know that's not going to happen. Our country is the empire of consummated facts, of de facto culture. Furthermore, I believe that this Festival projects and creates an international relationship for Venezuelan theater, it opens up new structures, it raises the level of reflection, it powers and qualifies the work of our creators and it means opening up to incorporate an enormous class to theatrical activity, especially young people.

We remember that in 1979 you suffered a serious accident. What did it mean for you?

That was another fundamental event in my life. Because through that accident and through the response and support I got, people's emotional attachment, I established an important connection with the country.

This year you're going to direct “Chuo Gil” in the United States. How are you preparing for this new experience?

With great enthusiasm, because it means entering the United States professional theater, with a very important cast, within a different framework and with a huge production team and an almost mechanical production. It means entering a state in my profession that is perhaps less human but very interesting to go through.

What do you think are the most important values in your theatrical work?

Firstly, I'm getting more and more terrified of formulas. I find it hard to rationalize my work method. I can use 4 or 5 of Stanislavsky's concepts, introduce elements from Brecht's technique, but I'm not an educator, I'm not a teacher.

But are there specific formulas you reject?

No, that's something I did at the beginning, but I'm rejecting less and less. There's an already trodden path that you need to travel sooner or later. What's wonderful about theater is that inapprehensible sense that you never know what's going to happen, that intangible element for which an actor might perform in a completely different way than on the previous day. There are some topics that I'm invariably interested in, such as timelessness - theater is not a video, it's not a movie, it's something absolutely temporary in essence. When the curtain comes down, we know that we've seen a performance that will not be repeated ever again. Another fundamental topic is that of space and time, and the reaction to these two elements from the director, the actor and the spectator. That is why I have paid special attention to staging and to keeping away, as I believe great creators have done, from acting mechanically, from reading the text in a literal way. For example, Stanislavski, who made a comprehensive analysis of actors, did not dissociate the work of the actor himself from external elements, for example smell - he said he wished smell would come from the stage. And that is what I call paying attention to reading plays non-literally.

Why have you decided to set up “Tu país está feliz” again?

Because my aesthetical proposition is not dissociated from my ideological proposition. I want to set up not only that play but also the 20 shows I did there once again. To perform a kind of live dive to see what happened with everything that has been done before. Reflecting from a long distance allows you to see things much more deeply, and personally it allows me to discover what hidden territory I can tread on to make a new recreation. I've been accused of being reiterative and it's true - I am a kind of Manichaean who has enclosed himself within a series of personal codes and I will not be free until I have exhausted them. They are like the ghosts I accept I'll have until I get free of them.


Note by VMI: Although all articles about Carlos Giménez say he was born in Rosario, which is true, when we interviewed him Carlos was very busy organizing the Pirandello Festival, so he asked us to leave him the questions saying he would answer them in writing. He loved writing and he did it very well. And he wrote: 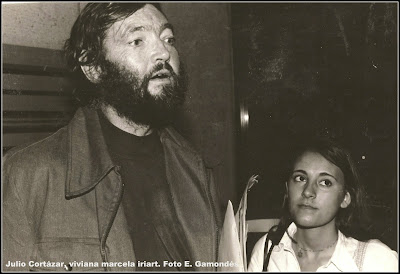 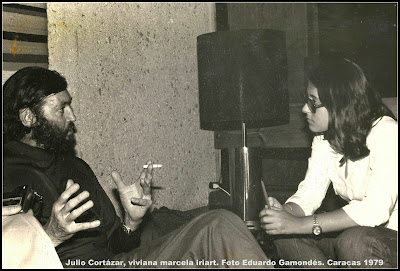 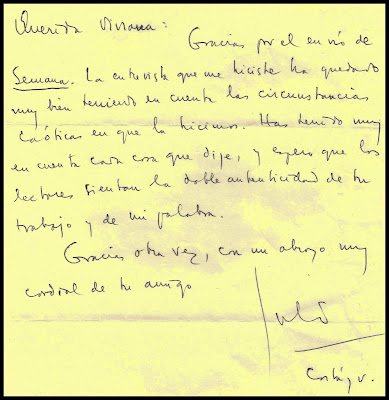 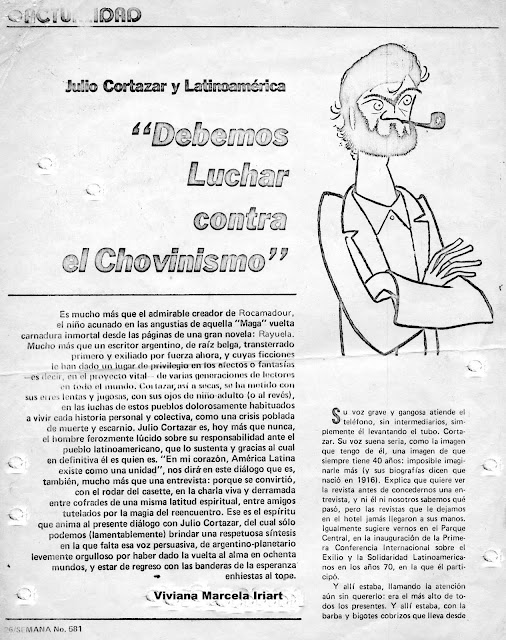 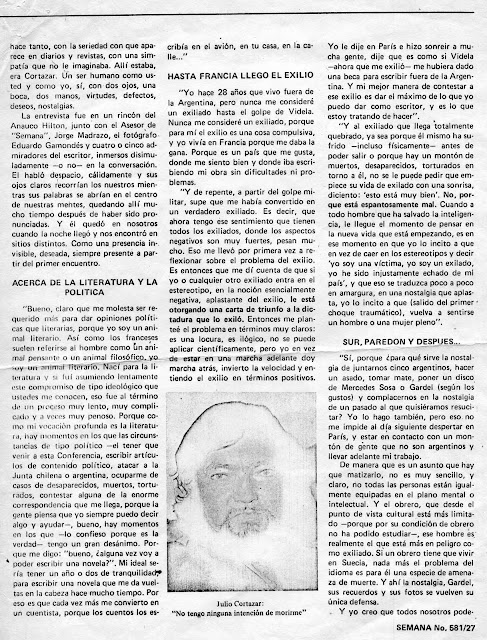 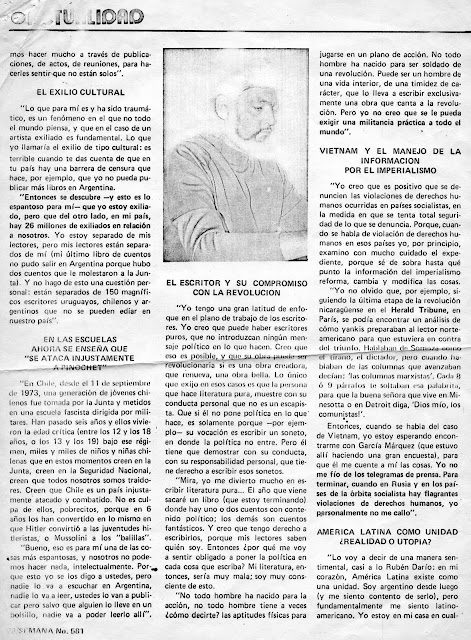 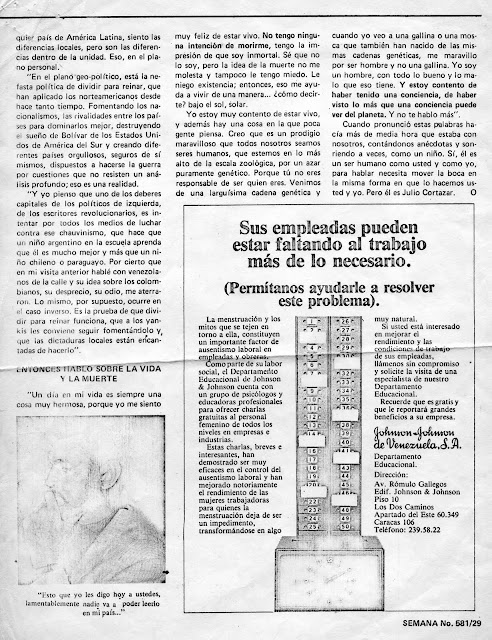